Not long ago I attended a talk given by a local mental health information group on how to identify the onset of mental illness in transitional age youth. The talk was interesting, but I was a bit upset by the speaker’s statement that because, statistically, girls and young women talk more about wanting to kill themselves than do boys, one needn’t be too concerned about their statements–suicide is probably not imminent. But if you have a boy, and they have a suicide plan, you should take that very very seriously, and act immediately.

Every time this observation was reiterated I reacted almost physically. I think this is the difficulty with quantitative assessments. Why would we want to gamble with respect to the life of a young woman? Cost-efficiency? Suppose the young woman in question happens to be the statistical anomaly? Those of us trained in psychoanalysis, I think, are more likely to focus on the individual–not without reference to cultural, social, environmental factors, but with reference to how those factors converge idiosyncratically in the life of a particular human being, and with the ethical understanding that all life is precious.

I’m wondering how people who are both psychoanalysts and psychiatrists would respond to this issue.

Not long ago I read an article in a leading psychology magazine about the Millenial generation.  Generationality is a complicated phenomenon, or rather many complicated phenomena networked together.  It is never historically discrete; that is to say, the past always lives on in the present, if differently.  Previous generations, as Bollas has pointed out, provide vital (cultural) resources for later ones, for example. As Davoine and Gaudilliere have articulated so movingly, they also transmit their traumatic, unthinkable experience to us. The article I’m referring to treats generationality with Cosmo-style methods:  do you like to watch?  do you like doing things with friends? do you like to change positions frequently?  Then you must be a millenial.  The virtue of the article is its effort to understand the millenial viewpoint it also constructs.  Millenials’ putative narcissism is to be attributed to the “self-esteem” movement; but that narcissism is not mean-minded (very good point), and it gives millenials the confidence to move from job to job if the circumstances don’t suit them (lucky thing, given the degradation of “career” opportunities in this country).  (Interesting to note how often generational discourse focuses on the style of narcissism thought to be peculiar to a given generation.)

Regardless, attempts to draw solid lines between the generations–attempts that are themselves part of generationality–are responsible for many misunderstandings. The minority- and counter-cultures of the sixties and early seventies have been regularly faulted for their “failures” despite the fact that they succeeded in changing the nation (for decades, anyway) with respect to civil rights and women’s rights.  They have supposedly also failed because they turned into the “Me” generation.  Except that the minority- and counter-cultures were always, precisely, in the minority of their generation, surrounded by plenty of people who were perfectly willing to dodge the draft but hated “hippies” and embraced yuppiedom without significant need for adaptation.  It’s just not finally very helpful to draw the generations in such broad strokes, because each one is full of the past, riven with old and new conflicts, rich in historical provisions, pocked with voids and obstacles to thought.

I’d love to talk about this article point-by-point–for example, its failure to contextualize the “delayed” adolescence of millenials in terms of the deleterious effects of contemporary capitalism on “opportunity” of every possible sort, but especially on the opportunity to do meaningful work in the world.  Millenials may believe the latter is their birthright–I haven’t seen much evidence of that myself–but the other side of the coin of their willingness to change jobs surely has something to do with the insecurity contemporary capitalism works so hard to let loose in the world.  But what I really want to underscore is the claim made by this article about millenials not wanting to bother with the big picture, “efficiency” (a capitalist value? not necessarily) being one of their prime goals.  The article does not explain how this claim holds up given the millenial hopes it also cites of “making a difference.”  Nor does it do justice to the many college students I encounter who seek out inner experience, freedom of thought, and well-being for all.  They may be a minority; but we have to understand how and why minoritarian and majoritarian forces work in relation to each other, as they surely do, at all times, and why minorities are so often in fact major change agents in history.

Here’s a reflection on the experience of mind that’s well worth sharing: http://opinionator.blogs.nytimes.com/2014/04/02/an-illness-inherited/?_php=true&_type=blogs&_r=0. I especially loved the Bukowski reference to the parasite that lives within us all, plotting to our disadvantage. (Probably more than one of those, actually).  Lacan’s notion of Das Ding is relevant here–the idea that the unconscious is like a “stranger to ourselves” (Kristeva).  Consciousness is a precious, powerful gift, but the fact remains that, as embodied creatures, we have brains and nervous systems that live other lives in another place (eine anderere Schauplatz, as Freud put it), following dreams we never know we’re dreaming, running from equally indeterminate nightmares.  I also liked the statement about the rebelliousness of pleasure, of seeking out lovely, simple moments.  So many of my patients feel entitled to nothing real, however exaggerated their “entitlement” may be.  I always know something better is happening for them when they can describe the creaminess of the ice cream they ate last night or the sweetness of the honeysuckle they smelled this morning on the way to their appointment.  Then there’s the joy of feeling love when, most of your life, you’ve felt only emptiness inside.  So please take a look at this piece by Jenni Fagan.

The recent Fort Hood shooter was another one of the many injured soldiers the Armed Services are refusing to treat for PTSD and brain injury (their spokespeople are being very careful to say that he had not been officially diagnosed with PTSD and that his brain injury was “self-reported” and not yet confirmed by in-house–or in-Fort–MDs).  It is horrible irony that veterans’ families have to turn to petitions and fund-raising to help their returning soldiers.  We nickel-and-dime our veterans but spend horrific amounts of money on defense contracts sealed virtually without competitive bidding.  Psychologists and psychoanalysts have been studying “shell shock” ever since (if not before) Freud wrote his “Thoughts on War and Death” in response to WWI.  In essence, Freud’s argument was that the reprise of arbitrary power as “necessary for the defense of the country” had very distressing and depressive effects on that country’s civilian population.  Bad, sad feelings are circulating through and through this country–it’s an affect plague. Feelings of helplessness, depression, grief, betrayal, abandonment, panic are abounding, within as well as without the soldier/veteran population, while insurance companies fight parity tooth and nail, hoping people who are already stressed-out and having trouble functioning will be so stressed-out they won’t fight for their legal rights.  The Armed Services are just as bad.  They could, however, set an example now that would help us all feel more alive, by getting rid of the bean-counters and announcing a new “No Stone Unturned” campaign to do everything possible to help their vets.  As they say in opinion-page-ese, I won’t be holding my breath. 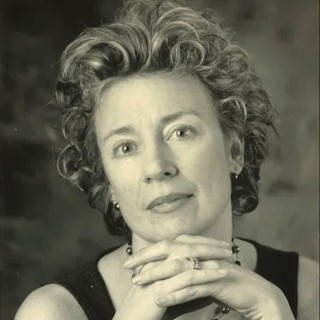